#SheroesOfeCommerce – Powering the growth of eCommerce

The saying goes, behind every successful man, there is a woman. In modern times, however behind every successful business, there is for sure, a determined woman. Over the past few decades, the worldwide focus on gender equality and women empowerment has revolutionized the position of women in the society and placed them on the same pedestal as men. From the field of education right up to the top level of corporate echelon, women are matching men, shoulder-to-shoulder everywhere and in many cases are even challenging the intellectual dominance of men, in the so-called man’s world. In such a scenario it’s imperative though that the world has seen and will continue to witness a surge of women entrepreneurs in different industries.

On the occasion of Women’s day on 8th of March, 2017, Vinculum Group salutes those illustrious women, who have played a critical role in the growth and expansion of the retail and eCommerce businesses in India as well as world over. A big Thank YOU & Kudos to the “Sheroes” who have carved out a niche for themselves with their achievements in this space and whose names are right up there with the stars for observers to gape in awe.

As mentioned at the beginning this is a humble way of offering our respect and admiration to these brave and exceptional women, who “dared to dream” and furthermore were determined to relentlessly pursue their dream passionately with grit and focus, so as to convert them into reality.

In the process, we might have inadvertently missed out some more individuals, whose names deservedly can be taken in the same breath as of those mentioned above. Our sincere apologies to all of them.  On the occasion of Women’s Day, Vinculum Group takes a bow to appreciate the contribution of these unique group of Women, who have shown us the path, to follow in order to make life better for millions other around our globe.

Do you have what it takes?

ETRetail and Vinculum Webinar: Bricks & Clicks and How to Capture New Frontiers of Retailing 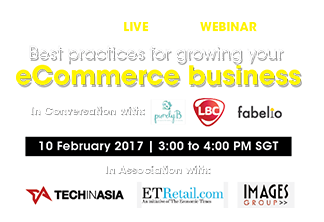